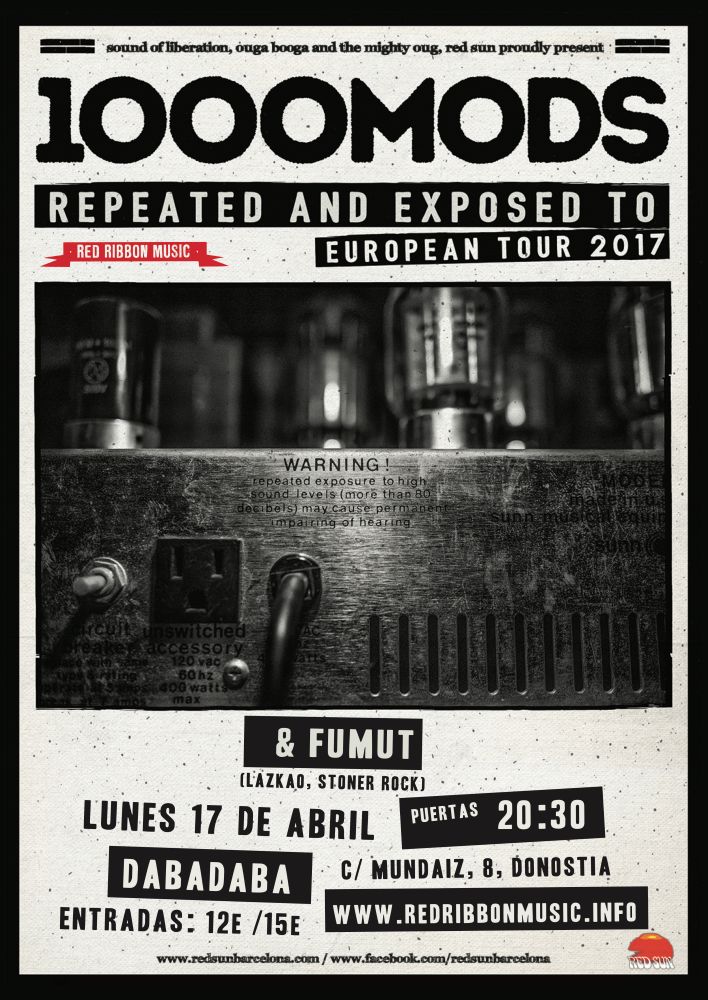 1000mods is a psychedelic​/heavy rock ​band from Chiliomodi, Greece​. They were formed in the summer of 2006, and since then they have played over 200 live shows​, sharing the stage with bands like The Black Keys, The Black Angels, Graveyard, Brant Bjork, Colour Haze and many more. They are known for their commitment o vintage equipment​, thick ​and heavy analog sound ​and remarkably passionate​stage performances.

In October 2010, the almighty Billy Anderson visited Greece ​in order to produce ​the band’s debut album, while Malleus Rock Art Lab ​took care of the artwork. Super Van Vacation was born. In order to promote their debut album, they played 40 shows in 15 countries around Europe, including festivals such as Desertfest​, Up In Smoke 3​, Rockwave​and Lake on Fire​.

After two successful European tours, the band was ready to get down to work again. Their experiences and growth paved the way for their upcoming album, Vultures ​which was released on the 30th of May 2014​.

1000mods went on a massive european tour during October­November 2014, playing 42 gigs, including appearances at Desertfest Belgium​, Keep it Low ​and Blue Moon Festival. ​In April 2015 a european tour followed supporting the legendary american rock band The Atomic Bitchwax​. In summer of 2015, along many summer festivals, they also appeared as the main greek support at Rockwave festival supporting The Black Keys​.

The band ended the tour for Vultures with their biggest gig ever in Athens (more than 2.500 people attended the show​) and started the preproduction of their new album in December 2015.
_