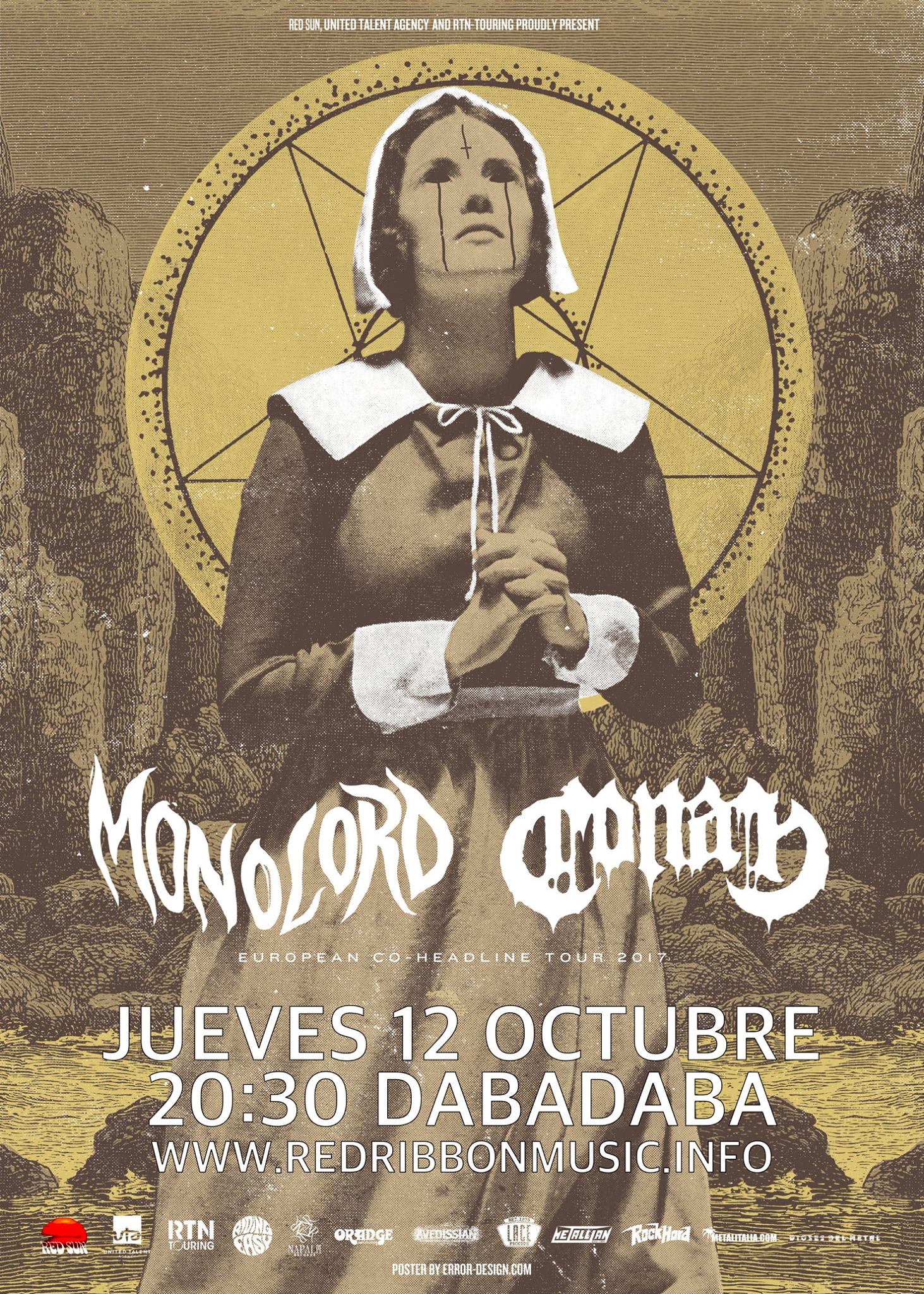 Doom heavy-weights Conan are a restless spirit. While the band just came back from a 3-weeks European tour in March, their latest and third studio album ‘Revengeance’ being successfully released 2016 on Napalm Records, and while currently hitting the road in the States, one of England’s heaviest music export CONAN have now teamed up with Swedish rockers in Monolord to return to Europe this fall!

Excited to hit the road on this very special co-headlining tour, MONOLORD says: «This has been brewing for a while and we’re beyond stoked that this touring behemoth is now being announced. Hitting the road with the great Conan is gonna be massive, in every aspect. See you all out there!»

CONAN’s Jon Davis adds:
«The righteous alliance of Conan and Monolord will overwhelm, excite and satisfy our combined fan base across this beautiful continent. A maelstrom of riffs, heaviness and complete transcendental head banging awaits. We are ready.»
_