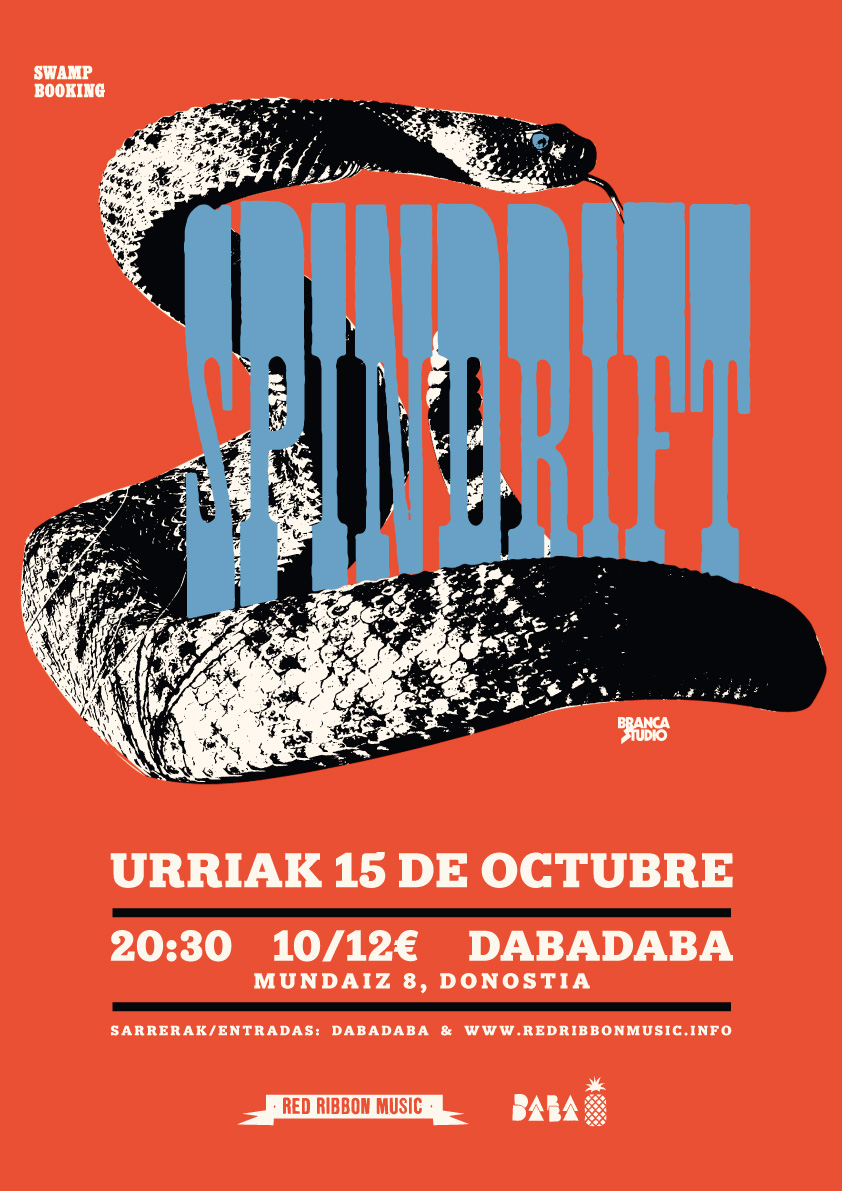 Spindrift is a psychedelic rock band created by singer-songwriter-composer-producer-actor Kirpatrick Thomas. Active since 1992 h and eavily influenced by such bands as The Doors, My Bloody Valentine, Hawkwind, Bruce Haack, and Chrome, Spindrift’s early stages were heavier, experimental, and differed greatly from their present sound.

By 2005, Kirpatrick Thomas along with filmmaker Mike Bruce began production on the independent feature film The Legend Of God’s Gun, inspired by the same classic Western Films that influenced their music, most often those directed by Sergio Leone and scored by Ennio Morricone. The band’s style was coined as «Psychedelic Spaghetti Western».Tours with Dead Meadow (Kirpatrick Thomas filled in for an ailing Jason Simons on guitar during one tour), The Black Angels, and The Dandy Warhols followed, they also toured Europe with B.R.M.C. in 2010, Black Mountain, and performed with Chrome frontman Helios Creed in 2011.

In Spring of 2011, Spindrift released Classic Soundtracks Volume 1 on Xemu Records. The album featured 14 theme songs to various film scores they are set to and up to 8 different directors participated in the project. Since the release of the band’s 2011 recording Classic Soundtracks Vol. 1, SPINDRIFT had been hard at work crafting an album — and film — about their fascination with the past, present, and future of the American West. The origins of the Ghost of the West album started when Kirpatrick Thomas and bassist David Koenig (ex-The Brian Jonestown Massacre) would entertain remaining stragglers with old acoustic campfire ballads after SPINDRIFT shows in Joshua Tree, California. Pioneertown, CA to be exact (the birthplace of Roy Rogers, Gene Autry, and The Sons of the Pioneers).

While SPINDRIFT’s previous album and film combo The Legend of God’s Gun (2008) was known as Grindhouse Psychedelic Spaghetti Western, Ghost of the West picked up on the more factual «real» forgotten past of the old West, bringing that ghostly history back to life.
_