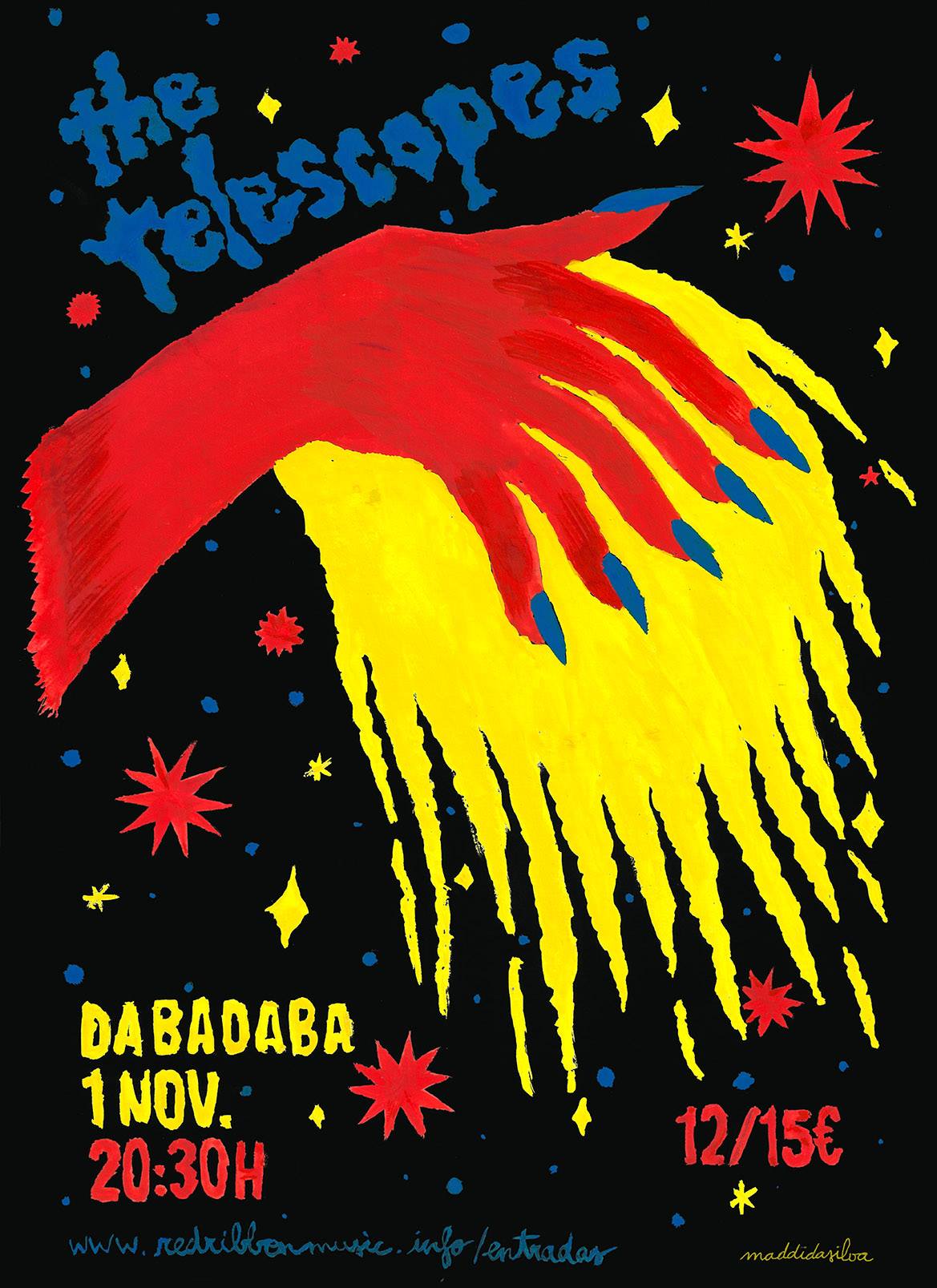 Founded in 1987 by Stephen Lawrie. The Telescopes have been mining a unique anti-myopian seam of highly influential experimental, drone, noise, dream & psych for over 20 years.

Their first record was a split flex-disc with Loop on Cheree Records. After a further two critically acclaimed singles for the label, they moved to What Goes On Records, where they released another two EPs and their debut album “Taste”. All of which found their way to the top of the UK independent charts, gathering ‘single of the week’ / ‘album of the month’ status in all of the British music papers of the time.

Tours followed with Spacemen 3, Primal Scream and The Jesus and Mary Chain. And it wasn’t long before The Telescopes were headliners themselves. Bark Psychosis, Whipping Boy, Slowdive, Bleach, The Cranes and Ride all played some of their earlier shows supporting them. In 1990 the group appeared at one of the UK’s biggest festivals of the time, The Reading Festival. They were one of the few bands that weren’t bottled off the stage at the event. However, the increasing violent interactions with audiences at their shows saw the group step away from their noise origins and head towards a more introspective psychedelic sound. It was around this time that What Goes On folded and Alan McGee stepped in to release the group’s material from the hands of official receivership.

One of the more interesting bands that were signed to Creation Records. The group released their second album and a string of EPs for the label. Working with Douglas Hart (The Jesus and Mary Chain) on their videos, visual artist Paul Cannel on their sleeve work and Laika’s Guy Fixsen in the studio. The final EP for the label registered in the UK mainstream top 80 after being hit listed on BBC Radio 1 by Mark Goodyear. The group were also favoured by John Peel and recorded two BBC Radio 1 sessions for him. Marc Riley and Mark Radcliffe also had them in the studio for a session around the time of their 2nd album and MTV ran features. The Guardian’s Alexis Petridis described The Telescopes as having “an almost fragile sense of elegance and melody”.